How to describe Split to someone who has never visited this unique Croatian port? Can you imagine a town built in and around a massive Roman palace? It’s the perfect destination to arrange for an overnight stop.

The heart of Split is built on the Roman Emperor Diocletian’s Palace, which in its day was large enough to be a city itself. It was originally constructed for the emperor in 295 AD for his retirement home with imported stone and fortified walls facing the sea. The narrow marble streets are worn smooth, and the arches and the columns of the palace can still be seen among the hustle and bustle of the city. There are hundreds of buildings within the palace boundaries and the city is home to about 3000 people. The streets abound with narrow passageways and courtyards. Some areas are quiet while others are alive with music from local musicians, bars, and cafes. Split is a wonderful place to lounge at a cafe and people watch.

The Royal Clipper this summer will lie at anchor in view of the Croatian town of Split and passengers will be tendered to the dock in the heart of the city. The city really comes to life after sunset and passengers can enjoy the Riva, Split’s famous waterfront promenade, under the stars. It’s a perfect spot to relax with a gelato or an Aperol Spritz.

During the day, one can explore and sample local dishes at outdoor cafes within the ancient walls of the city. There is a popular outdoor farmers market just outside the city gates with stalls selling local fruit, vegetables, cheese, wine, baked goods, and a large meat selection. If craving a hike, you might spend half of the day following the signs along the Marjan trail and enjoying pine trees, small churches built into the cliffs, and the view high above the city. 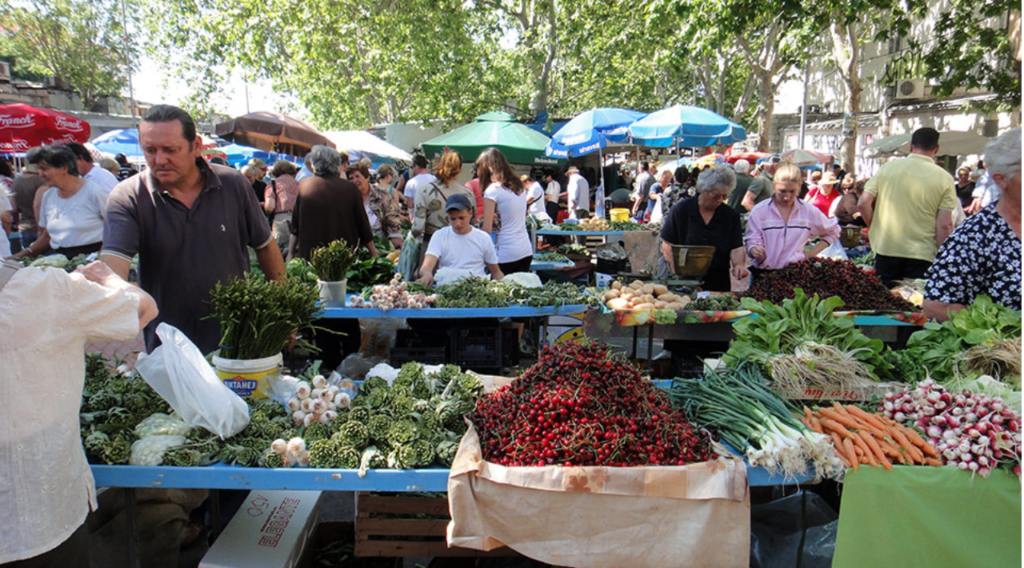 Croatia is one of the oldest wine-producing areas in the world, with red wines coming from the south and white wines from the north. A couple to try are Malvasia and Traminac, which are crisp and refreshing. Traditionally, locals will dilute their wine with water, making “gemist” which is a combination of white wine and carbonated water, and a combination of red wine and still water is called “bevanda”.

As we set sail to Split next month, our passengers often opt to schedule a day tour and visit one of Croatia’s most famous national parks, Krka Falls. Known for its many beautiful waterfalls and crystal-clear swimming holes, it’s about an hour and 15 minutes from Split via motor coach. Croatia is famous for its water quality and the Plitvice Lakes, a UNESCO World Heritage site, is also an option and about three and a half hours drive via motor coach. 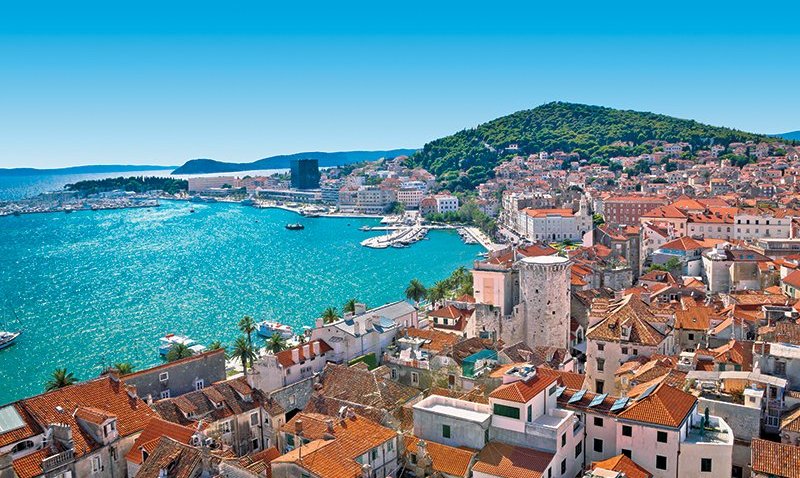