*Amount deducted from the total cabin price for these specific categories. Offer expires 1/31/22.

Colón is known as the gateway city to the Panama Canal, which links the Atlantic and Pacific oceans. From the port, one can venture to historical sites, take ecological tours of the lush surrounding rainforest and even visit the Canal to see the inner workings of one of the largest and most difficult engineering projects ever undertaken.

The Panama Canal with its artificial fifty-one-mile waterway cuts across one of the narrowest points in Central America; it allows ships to avoid the arduous and dangerous routes around the southernmost tip of South America. The canal uses a two-lane lock system that acts as a water elevator. Nearly 200 million liters of water pour into the locks to get one ship across. When ships enter the locks, they’re raised or lowered using water from the man-made Gatun Lake. Locomotives known as “mules” on either side of the locks safely tow the ships through. It can take eight to ten hours to maneuver through the Canal. It is designated as one of the Seven Wonders of the Modern World.

Just outside of town, you will find the Fuerte San Lorenzo which is a well-preserved fort that was built by the Spanish in 1595 to fend off pirate attacks on the Panamanian trade routes. Located near the mouth of the Chagres River, the remains of the mighty Fort San Lorenzo are surrounded by the sparkling Caribbean Sea and over 30,000 acres of protected rainforest in the jungles of the Panama Canal watershed. Built to protect the entrance and exit of the main route to the Americas, the construction had limited effectiveness as it was under almost constant attack by now-famous pirates such as Sir Francis Drake and Sir Henry Morgan. 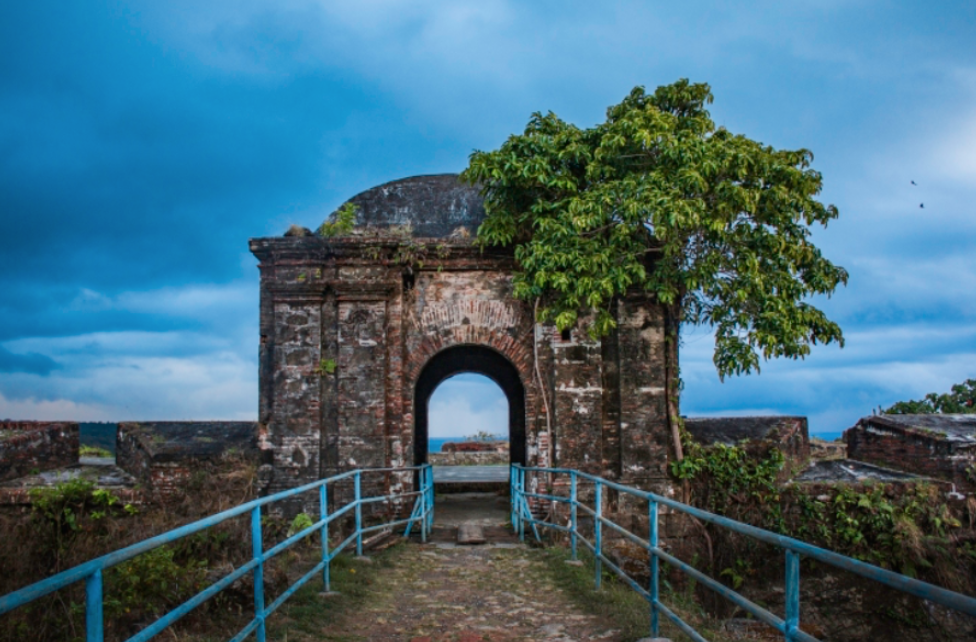 Recognized today as a UNESCO World Heritage Site, the massive fortress is considered an extraordinary example of 17th and 18th-century military architecture. When you visit, take some time to wander around the majestic ruins, and imagine what life was like over 400 years ago when pirates invaded this area. The fort is not only great for exploration and introspection, but it’s also an excellent place for birdwatching.

The Carnival Pride will be stopping here in Colón during our Big Nude Boat 2022 charter. Carnival cruise lines offers a number of excursions whether you are looking to learn the history of the building of the canal, relive the adventures of Captain Henry Morgan at the San Lorenzo Fort or pass through the rainforest and get a glimpse of the remarkable eco-system while kayaking around Gatun Lake. Some other excursions include riding the rails of the Trans-Continental railroad in order to see two oceans in one hour or meet the Embera Indians that live much as they did when the first discovers set foot in Panama.

SEE IT ALL WITH US!