The Women in Naturism Weekend June 4 & 5, 2016 is sponsored by AANR, British Naturism, Women in Nude Recreation, and the Naturist Society.  They are asking women to tell their story so we are posting this from Samantha Marie on our blog page on the website.  In this story she describes her first nudist experience and it just happened to be on our 2015 Big Nude Boat cruise on the Celebrity Constellation!! – Kat 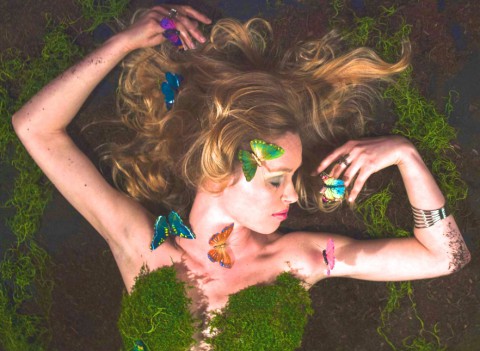 I had never sailed before. I had never been out of the country by myself before. I also had never attended a nude event before. That all changed over the course of ten days that I sailed to the French Islands of the Caribbean with Bare Necessities Cruises, and I had the time of my life.

I cannot call myself a nudist really in any way, but I am a figure model and have been nude many times in the studio before. It has led me to be a person who has discovered the freedom in nudity and understands it. It really is a beautiful realization to have in knowing that every body is beautiful for its own unique, individual being. And so I think the naturists tend to be very brave and strong people.

When I first knew that I would be aboard the February cruise this year and started communicating with Kat, I started to really think about what I’d be experiencing. 2,000 + naked people walking around? Kat had told me it would be a little bit of a culture shock at first and then it would just become the norm. And that’s pretty much how it happened too.

I must say, the first thing that I noticed and what impressed me right away was how comfortable the staff was and how familiar everything seemed. Coming from my perspective, I was a newbie in all of the senses and I was traveling alone for that matter. To see people interacting with each other as they are recognizing and remembering one another from years before was fascinating to me. It truly had a family-feel to it that was very comforting.

My first real test to the sea was to see if I would get motion sickness, which I had secretly feared and was fully prepared for. I did not even have to open the box. Another huge plus.

The first night in my cabin I sat out on the balcony and just watched the waves. It sounded like music to me and it felt like they were dancing. As an energy worker I am very much in sync with the element water, and I have a kind of soul connection to the sea that is difficult to describe. A feeling of having lived at sea at one time and that if I went out I would feel like I’d done it before, which is exactly what it felt like for me. I was inspired and wrote four poems on that balcony. 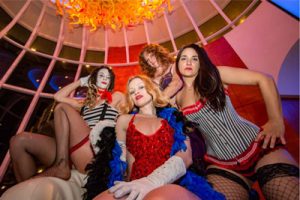 I was kept very busy the entire time I was on board the ship. I have worked as a model for photography classes with Michael Cooney before, but never with as many people in attendance as on this ship, and all day long! I was very pleased with the size of our class and how many people showed up consistently at each class every day. Some of the sets and themes we shot while in class were colored cornstarch at Coco Cay, the Clay People (multi-colored clay people for that matter), fabrics in motion, lights in motion, psychedelic projection, silk screen spider webs, the beauty of sunrise and sunset, and also with other interesting structures on the ship.I’ve received a few images from one of the photographers in the class and I am very impressed with what he captured! I am happy to have helped encourage those who were looking for a little inspiration out of this class, which was the whole point anyway.

The island days were especially exciting for me because it fulfilled the craving I have for adventuring and seeing new places. Coco Cay was a fun island with a very ‘Bahamas’ kind of vibe. My whole island day was dedicated to shooting, but we worked on some really fun concepts. Imagine a large group of naked people covering themselves with clay, posing as statues for the mob of photographers that were there, then  proceed to the water and throw colored powder on each other. Then the shark comments rolled in as we started to wash off the powder, leaving murky red spots in the water. It was a great shoot.

We also participated in a very uniqe and one-of-a-kind photography experience with Jack Gescheidt, founder of the Tree Spirit Project. This was such an exciting experience, to have so many people come together for a truly unique photo of people connecting to nature in such a way. I have a very strong Earth connection and was happy to tag along to the second shoot down the nature trail, where we made a pathway through the rainforest with naked people creating the path on the ground. It was incredible and I cannot wait to see the images.

My second island day at Saint Bart’s was one of the most beautiful days of my life. To swim in waters so blue was so cleansing and rejuvenating for me. We spent our day at Saline Beach doing photo shoots, relaxing in the sand and swimming in the sea. Some of my friends went snorkeling and saw an octopus, I was able to get some pictures of the mountain goats that were roaming around. 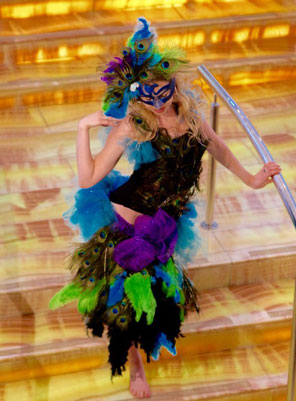 Our third island day in Guadeloupe was personally my favorite day. I was able to take the day off from shooting and go with my new friends to Carbet Falls, home to the national park’s 360 ft waterfall. We hiked all the way up to the waterfall and were able to swim right up under it. I was in absolute awe of the beauty right before me and will treasure that moment forever.

It spontaneously rained a few times in St. Maarten and I received a beautiful surprise when I made my way back to my cabin after I was done touring the island. A rainbow was right outside the balcony with the end of it plunging into the water right in front of me. It felt like a very rare moment and I was lucky to have my video camera handy to capture it slowly disappearing in front of me.

The best thing about the whole experience was how by the end of the trip I felt like a member of the family that I witnessed in the beginning. It was a great feeling to walk down the halls and have people recognize me from class and say “Hey Sam!” And just as Kat had said in the beginning, all the naked people became the norm after a while. It was certainly an interesting and liberating experience that I would happily partake in again. With that being said, I hope to see you all again next year!