We’ve been highlighting the two private nude islands included in the cruise, but have we mentioned the beautiful, sunny and breezy island of Antigua?

One of the largest of the English-speaking Leeward Islands in the Caribbean, Antigua boasts steady winds, a coastline of safe harbors, and a protective coral reef. Admiral Horatio Nelson decided it was perfect to hide a fleet and sailed there to establish Great Britain’s most important Caribbean base in 1784. These same characteristics attract visitors to Antigua. 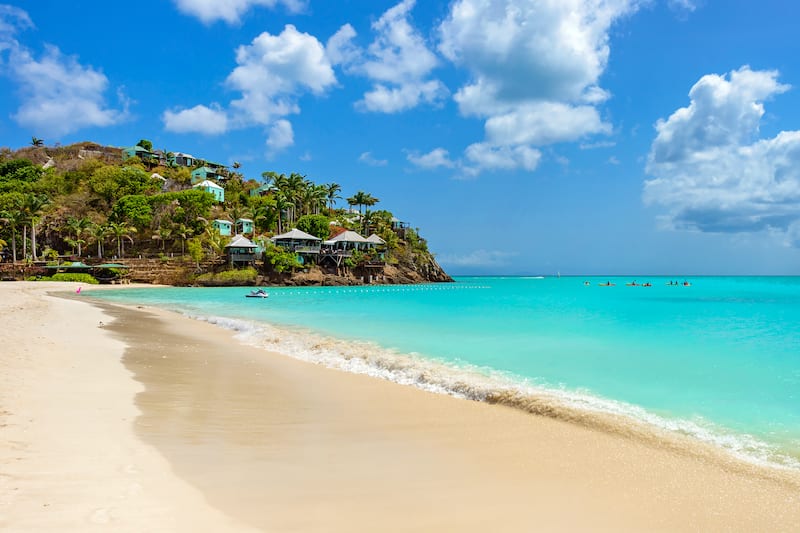 The coral reefs are visited by snorkelers and divers from all over the world and temperatures range from the mid-seventies in the winter to the mid-eighties in the summer. Average annual rainfall is only 45 inches, making it the sunniest of the Eastern Caribbean Islands. The northeast trade winds are nearly constant, providing low humidity year-round.

Antigua is pronounced ann-tee-gah and is the main island of the country of Antigua and Barbuda which became an independent state within the Commonwealth of Nations in 1981. Antigua means “ancient” in Spanish. The local name for the island from the indigenous inhabitants is Waladli and means “our own”.

St. John’s is the capital city. English Harbour on the south-eastern coast is the site of a restored British colonial naval station named “Nelson’s Dockyard”. English Harbour and the nearby village of Falmouth are popular yachting and sailing destinations and be sure to check out the gorgeous view from Shirley Heights.

With sandy beaches, refreshing breezes, and friendly people, Antigua tops our list for an island bare-adise.